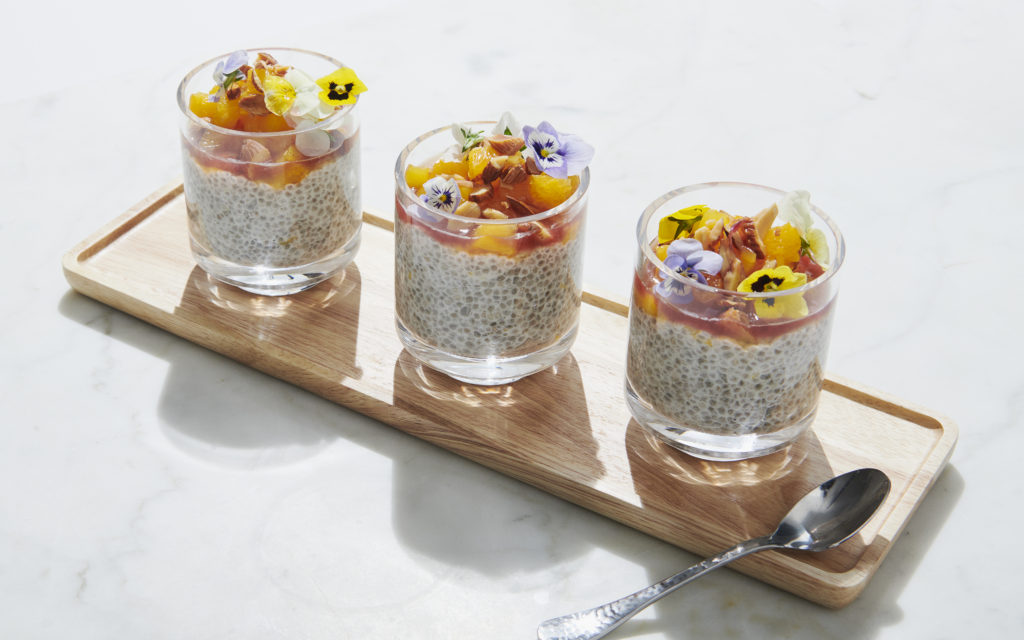 The chia seed is nothing short of remarkable — and we’re not just talking about its “superfood” status. This mint relative gave us the magic of the Chia Pet, is the secret to the oil and shine-reducing properties of our new PORELESS Skincare Collection, and can absorb up to 10x its weight in liquid, making it an excellent candidate for the easiest, most satisfying (and possibly most photogenic) breakfast of all time, courtesy of NYC-based chef Jane Coxwell.

Loaded with fiber, antioxidants and good quality protein, this pudding will keep you full for hours. It’s such an easy little dish and you can prep the night before, so in the morning you can just grab one and head out for the day. Perfect for fall with a bit of orange, you can swap the fruits throughout the year (it’s lovely with blueberries in the summer) — just keep the base the same and try different things, according to what’s in season. Since this is so easy to batch ahead, it’s great for houseguests, as a snack you always have on hand, or even as a beautiful dessert you can make in advance.