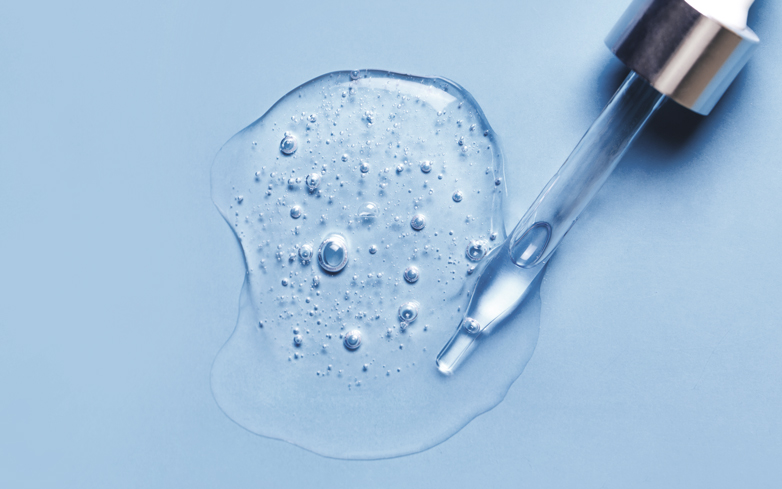 If someone asked you to come up with a list of trendy and alluring skincare ingredients, we’d bet that glycerin wouldn’t even make the “maybe” cut. But just because something isn’t seen as ultra-hip doesn’t mean it’s not worthy of some accolades. Glycerin, as basic as it might seem, is actually one of the most frequent dermatologist-recommended skincare ingredients. Today, we’re explaining why it’s such an expert favorite.

Benefits of Glycerin for Skin

“Applying glycerin to your skin will attract water and then allow it stay on the surface of the skin since it’s such a small molecule,” explains Dr. Papri Sarkar, a board-certified cosmetic dermatologist at Northeast Dermatology Associates (NEDA) Skin Solutions. “I think of [these molecules] as tiny tire tube sponges.”

In addition to attracting moisture to the skin, another cool thing about the glycerin is that it mimics something known as the “natural moisturizing factor” (NMF) in the top layer of our skin, which is referred to as the stratum corneum.

Long story short, the NMF helps the top layer of our skin hold onto water. When the NMF is reduced, the outermost layer of the skin becomes dry, forms small cracks, and loses some of its barrier function. This can lead to a dull, rough and lackluster complexion. Glycerin in skincare helps combat that issue.

Perhaps one of the best things about glycerin is that it’s a universal hero. Dr. Sarkar says it can often be used on any skin type, with the exception of a minority of the population that’s allergic. In fact, she notes that flashier ingredients that get a lot of press are often more likely to produce side effects or exacerbate certain skin ailments such as rosacea or eczema, whereas glycerin is both tame and overwhelmingly helpful.

“Glycerin also generally plays really well with other ingredients. It’s kind and generous and runs to help wherever it can, but it’s bland and not sexy because it’s such a workhorse,” Dr. Sarkar adds.

Like a lot of “unsung hero” ingredients, glycerin tends to make its way into skincare products without getting a showy top billing. It’s often found in creams, serums and lotions, but at bareMinerals, this versatile ingredient also works overtime for you in various cosmetics.

Another cosmetic that utilizes glycerin is the BARESKIN Complete Coverage Serum Concealer, which boasts a seriously creamy age-defying and hydrating formula. It glides on easily and blends in quickly to conceal dark circles, discoloration and other imperfections for a more even complexion.

The moral of this skincare story is that even if an ingredient doesn’t have a flashy introduction, it can still prove a trusty powerhouse for your skin. Glycerin is hard proof of that!

Beauty Tips for Your 40s And Beyond