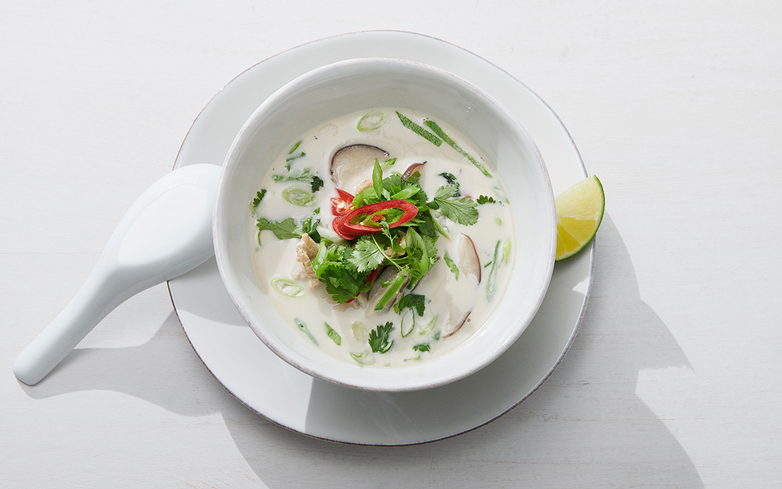 There are two reasons we’re currently obsessed with all things coconut. First is the PURENESS Skincare Collection, our calming new cleanser and moisturizer that are powered by Coconut Water and Coconut Milk to help hydrate, balance and replenish skin’s natural moisture. Also, there’s this recipe by Jane Coxwell. Light but comforting, it’s a new weeknight favorite that’s getting us through the winter months.

Full of goodness, this is a lovely, nourishing dish that’s perfect for cold weather. It’s also a one-pot meal, so it’s super quick and easy with little cleanup. Fish sauce is a beautiful ingredient and is worth finding. It’s used a lot in Thai cooking and adds a wonderful depth to simple dishes. I like to finish the soup with an herb salad, sliced chili and lime to brighten the whole thing.

Because it’s so simple, this recipe is very adaptable — if you want to make it more substantial, you could throw in some rice noodles, or add some eggplant or zucchini. It can also be made vegan quite easily: just use vegetable stock, omit the chicken and fish sauce, and add extra salt and lime for seasoning.

Tip: Don’t let the soup boil for long — it can make the coconut milk separate.