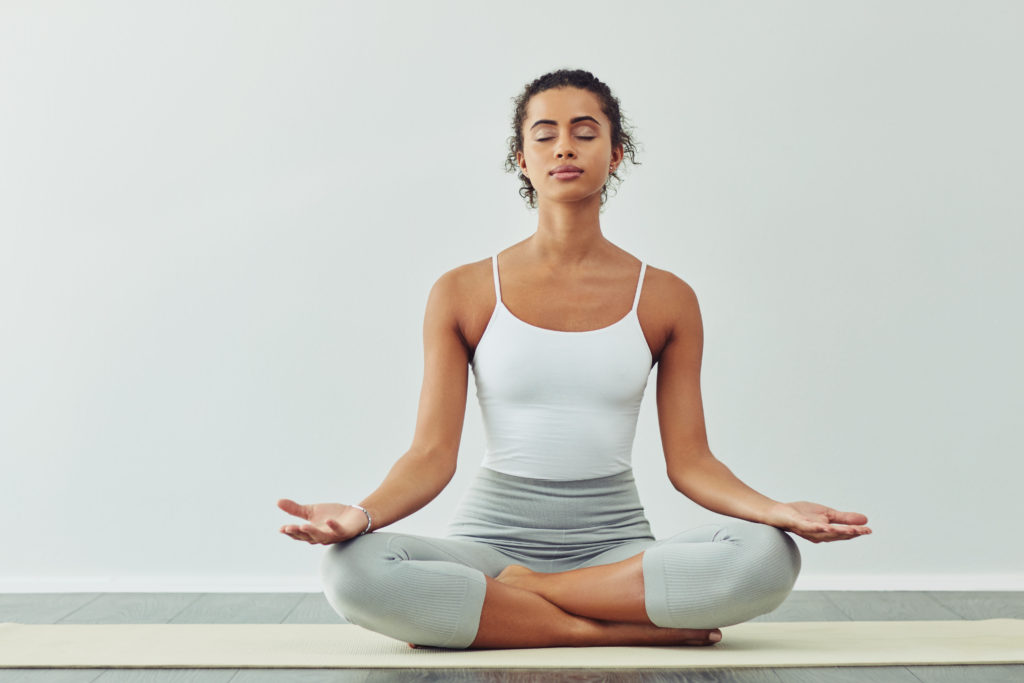 A looming deadline at work has you feeling hyper stressed, that ongoing petty argument with your bestie is weighing heavy, and you’re still dealing with the emotional aftermath of an unfortunate exchange even though it occurred years ago. These examples, and so many others, can add up to a heap of “emotional clutter,” which inevitably takes a mental and physical toll on us. For example, you may get ravenous cravings for sweets or greasy takeout, you may toss and turn all night, or you may develop a series of zits across your face.

Today we’re focusing on the latter — the connection between emotional clutter and your skin. You might have already even experienced this pattern without even realizing it. The old zit before your wedding day, an interview, or big meeting isn’t just a trope; it’s a common occurrence. To help unpack the connection and provide you with effective ways to clear emotional clutter, we created an FAQ infused with guidance from two wellness experts.

What, Exactly, is Emotional Clutter Anyway?

Emotional clutter can be caused by so many things, but it’s best described as “attitudes, beliefs, thoughts, and relationships that no longer serve us. Like physical clutter, it gets in the way of accessing what does serve us,” says Dr. Nadia Musavvir, a licensed naturopathic doctor and health coach. Think of it as emotional shrapnel that’s become lodged inside of you. At one point it might have helped you cope with what you were feeling (or in this analogy, stopped profuse bleeding), but you eventually must remove it and re-seal the wound in order to truly heal yourself.

How Can Emotional Clutter Affect You Mentally?

“Emotional clutter causes higher stress levels and more anxiety. In my practice, I tend to see that people are less present, not as grounded, less motivated, and less creative [than they usually are],” says Dr. Musavvir. Of course, this has a domino and spiral effect when it comes to real-life ramifications. It can affect your work life, your friendships, your romantic partnership, and even the relationship you have with yourself.

In What Ways Can Emotional Clutter Manifest Physically?

In the same way that emotional clutter can take a mental toll on us, it can affect us physically. Dr. Musavvir says that ongoing stress can manifest physically with low heart rate variability patterns and high cortisol. Additionally, it can cause “poor digestion, hair loss, irregular periods, weight fluctuations, fatigue, low libido, and acne.”

Is There Really a Connection Between Lackluster Skin and Stress?

Point blank, the answer is yes. There really, truly is a connection between emotional clutter/stress and your skin.

“When our emotions are mixed up or stressed out — or when we have negative thoughts repeatedly — it will certainly affect our skin,” says Denise Baron, a holistic wellness expert with a background in Chinese medicine and Ayuverda. She explains, “Since our skin is the largest organ, it’s also related to our nervous system. When a person is filled with anxiety, fear, and worry, it throws the body off totally. Our emotions can balance us or create an imbalance.”

OK, But Where’s the Science?

This isn’t just mumbo-jumbo; there’s also scientific proof that backs the association between stress exacerbating certain skin conditions such as acne vulgaris, psoriasis, and eczema. Take this 2003 study, for example.

“[It found that] under stress — whether perceived or not — the body responds by producing the stress hormone cortisol, [which is] produced by the adrenal glands,” says Dr. Musavvir. “Cortisol has many effects that are intended to help the body cope with an immediate stressor, but in today’s modern society, stressors are constant, and many people end up experiencing symptoms and ailments attributed to prolonged cortisol release. Initially, the body will adapt. However, when the body stops being able to adapt, symptoms start to appear.”

During this time of stress, the body is under sympathetic nervous system control — which you probably know as “fight or flight.” This is in stark contrast to what our normal baseline should be: “rest and digest.” Speaking of digestion… Citing a second study from 2010, Dr. Musavvir notes that our gut health is directly related to how stressed we are, as well, which in turn affects our skin.

“Under sympathetic control, blood flow is shunted to limbs, and muscle activity in the digestive tract is halted. Changes occur in the gut microbiome (known as dysbiosis) and overall digestive function is decreased,” she says. “So, what does this have to do with the skin? Inadequate digestion can lead to inflammation in the digestive tract and intestinal permeability — more commonly known as leaky gut — which has been shown to contribute to eczema and acne.”

What’s the Best Way to Deal with Emotional Clutter?