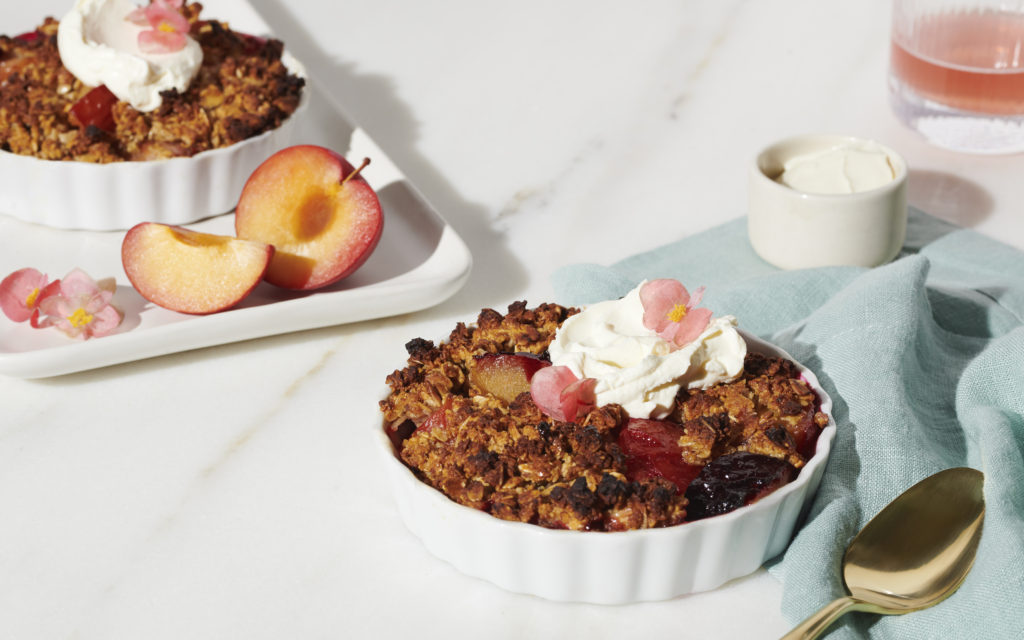 There’s nothing better than something that looks beautiful and wildly indulgent — but is secretly good for you. That was the concept behind our MINERALIST Lip Gloss-Balm, which combines wonderfully glossy color with the comforting, hydrating feel of a lip balm. Key to this innovation was nothing less than the plum, a summer stone fruit that’s loaded with nutritious vitamins and antioxidants, and is secretly responsible for the high-shine finish of our Gloss-Balm, too.

Inspired by this best-of-both worlds innovation, Jane Coxwell is sharing a plum crumble recipe that only looks lavish. By skipping the butter and sugar of your traditional recipes, she lets the fruit itself take the spotlight.

Plums are so beautiful when they are cooked — all of their natural sugars are released and they keep a lovely, almost-silky texture. While all crumbles are delicious, they’ve always felt unnecessarily unhealthy to me! There are so many alternatives to make them just as delicious with less unnatural sugars and saturated fats. So, here’s a simple crumble recipe that you don’t have to feel bad about.