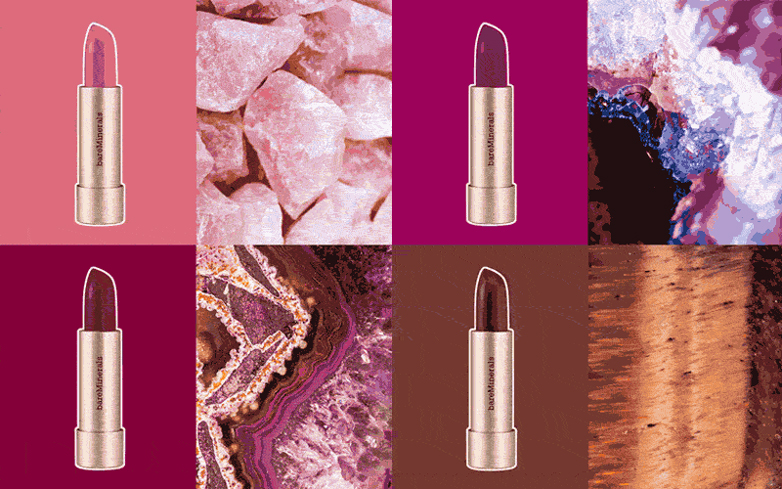 In celebration of our new MINERALIST Hydra-Smoothing Lipstick Collection — 25 clean, vegan, botanical-infused lip colors with shade names inspired by gemstones — we’re pointing the spotlight on crystals. From ancient civilizations to modern wellness culture, crystals are as fascinating as they are beautiful. Read on to discover popular crystals and their roles in wellness culture, and even a few shout outs to crystals with surprisingly utilitarian uses.

The Role of Crystals in Wellness Culture

Whether it be tinctures, supplements or devoted personal rituals, humans throughout history have embraced non-traditional ways to feel better. Calming, aesthetically beautiful and said to be givers of energy, crystals have served that role for many.

“Crystals date back thousands of years. They have been used in religious ways, poets have marveled about their beauty on paper, and they were incorporated in ancient holistic ‘potions,’” says Jennifer Walsh, a wellness teacher and co-founder of a crystal-based wellness line called A State of Energy. “[One can argue that] crystals offer a form of wellness directly from nature, and that they provide a sense of grounding to the Earth. The more technologically driven our world becomes, the more nature we need in our lives.”

Walsh likens crystals to other worldly elements that tend to bring us joy and a sense of calmness, like trees or sunshine on a walk or even warm sand between our toes at the beach. Not only are crystals beautiful to look at, she says, but some believe that each has a special energy that can be passed on to the holder.

“People incorporate crystals in their life as a way to explore and understand the healing benefits of nature, just like they would with a plant,” says Walsh. “The more time we spend outdoors and explore what nature can offer us, the better off and healthier we become.”

Whether you believe in the above, one cannot deny the staggering beauty of crystals. Nor can one deny their great presence in the world around us, whether they’re sparkling in the sunlight upon your finger or sitting on your beauty shelf in the form of a gua sha tool.

The Most Popular Crystals Used in Wellness

We asked Walsh to fill us in on the most popular crystals in the wellness space, along with what their believed “powers” are.

As mentioned above, crystals have a number of practical uses in our everyday lives. In fact, it might surprise you how much we rely on them.

Whatever you believe about crystals and their place in wellness, you cannot deny the cold hard facts about how they’re formed, what gives them their color, and which are considered the most precious. We asked Scott Friedman, a master gemologist appraiser for the International Gemological Institute (IGI), to throw us some fascinating crystal trivia.

If you thought you had to wait forever for your friend to get ready before dinner, she has nothing on a crystal. “Crystals form deep within the earth over millions — or even billions — of years,” Friedman says.

Their Surroundings Can Affect Their Color

“The color of a crystal can be determined either by the gem’s chemical composition, or by the trace elements within the surrounding area that are being introduced to the crystal while it’s forming,” notes Friedman.

The Oldest Crystal Award Goes To…

You may be surprised to learn that zircon — which comes in a rainbow of colors including pink, blue, red, green, and yellow — is the oldest crystal known to humankind. Friedman tells us it’s approximately 4.4 billion years old.

Some Argue the Most Valuable Crystal is…

This one’s technically up for debate, but it probably won’t surprise you to learn that many believe diamonds are the most valuable crystal in the world. Friedman argues that this is because they’re quite rare, boast incredible beauty and are notably durable.

The Earth Isn’t the Only Place You Can Find Crystals

“It is said that there are many gemstones on the earth’s moon, including diamonds,” Friedman tells us. On that note, moonstone — which inspired the MINERALIST Lipstick shade Balance, a peachy beige, isn’t actually from the moon. It was, however, named after the moon’s many phases.