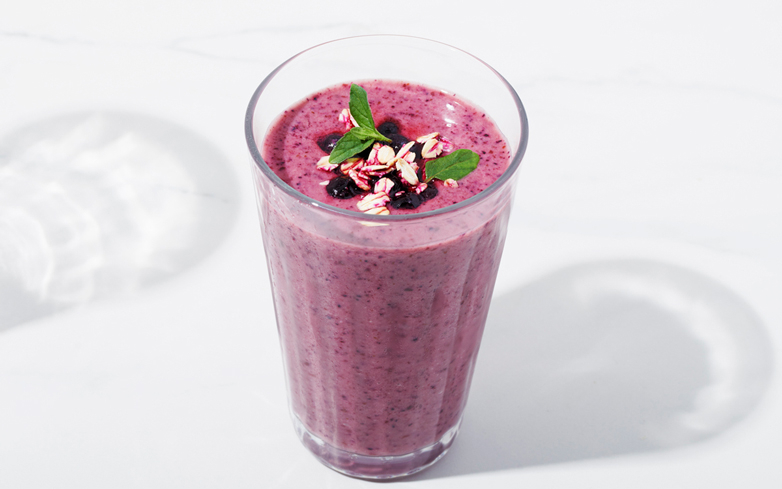 Small, dry and oh-so-beige, oats may seem unassuming. The bit we eat is actually the seed of “oat grass” and it contains a special fiber that, according to the F.D.A., is associated with a reduced risk of heart disease. Pretty cool. But oats aren’t just good for your heart — if you’ve ever tried our BAREPRO GLOW Highlighter and Bronzer, that smoothed, lifted look you get (on top of the glitter-free radiance) is thanks to sugar molecules extracted from oats!

Because this little seed rarely gets the attention it deserves, we asked chef Jane Coxwell what she uses them for, and she shared this recipe straight from her own morning routine, which combines oats with avocado (which happens to lend its nourishing properties to our lip glosses) and antioxidant-rich fruits. There’s so much here to love!

Oats are a great gluten-free whole grain, and they’re full of vitamins and minerals. Now, oats in a smoothie may sound a little strange, but they add a wonderful creaminess when they’re blended with your favorite fruits. This addition also keeps you fuller for longer than a regular smoothie.

I’m using frozen cherries and blueberries here, but you could substitute or add any berries that you like, or even a banana or frozen peaches. I do use frozen fruit because I like the texture and temperature of the finished product. Also, frozen fruit is easier to keep in good condition and it’s just as nutritional as fresh fruit. I do always ensure the fruit’s good quality and organic; if you can’t find good quality frozen fruit, you can also buy fresh, then freeze the extra for later. But one important tip: always peel a banana before freezing it!

The most important thing is to blend the oats first, by themselves. It takes about 5 seconds, but you’ll see when they’re done because they will be a powder. At that point, add everything else into the blender and blend for about 40 seconds, or until completely smooth.