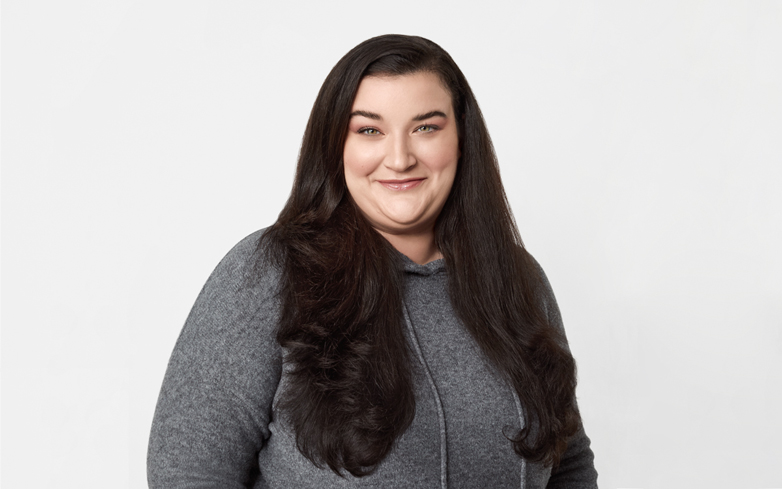 Shannon Vernon didn’t learn about beauty products from mom, the way so many girls do. Shannon doesn’t recall her mother ever being interested in makeup, but it was shortly after her mother passed away that Shannon discovered the world of beauty on her own. In such a difficult time, many would feel overwhelmed, hearing about new products and colors and techniques, but Shannon quickly fell in love with the way makeup — especially her ORIGINAL Foundation — gave her a subtle boost.

Pushing forward after such a massive loss has been a journey — one that has taken a lot of bravery and perseverance when it feels the world is constantly pushing back — but Shannon has come out on top. In honor of ORIGINAL Foundation’s 25th anniversary, we flew her to New York to participate in our #IamAnOriginal campaign, and caught up with her on set to chat about her clean beauty journey, her family and why she believes everyone should start their day by looking in the mirror — and not in the way you’re probably thinking.

I think by being a teen and just seeing everybody else using it. At that time, blue eyeshadow was the big thing. And I had the fear of missing out on that. I was like: “I need to learn how to do this.” I started with my skin and just went from there, self-taught.

And when were you first introduced to bareMinerals?

I was first introduced to bareMinerals when I was in my early teens, around 14. I had a friend whose mom had actually given me a jar of the loose foundation, and I had no idea how to use it. I asked her for help, and she showed me how to use it. I was always self-conscious about my rosy cheeks. And the foundation covered it perfectly — but not too much.

We’re on set at the 25th anniversary campaign shoot for ORIGINAL Foundation. How does the foundation make you feel today?

Beautiful … it doesn’t feel like I’m really putting that much on my face to cover up or make me someone else. It just enhances what I already have. So even though I should feel beautiful to begin with, it is just a reminder: “Hey, you are beautiful, but here’s a little glow-up.”

There’s been a shift toward inclusivity in the beauty industry lately. Do you feel like it has impacted you?

I face a lot of struggles in everyday life and in the beauty industry, being a plus-size girl. I have to remind people that beauty has no size. That’s one of the great things about makeup — it doesn’t [have a size]. It’s hard to put yourself out there in front of people every day and in front of the world and everything like that, but I figure it out. I think the beauty industry has opened up a conversation about being more accepting of people of all shapes, sizes and colors. Everybody can join in on something like makeup and there should be no judgment — especially in something like size, because it doesn’t make me any less capable of making a beautiful face.

Who is a force of good in your life and why?

My dad. He is an angel and a savior. He was — is — basically the mom and the dad that I always needed.

That’s a hard role to fill…

It is. And let’s be honest: we’re not always easy as kids. He just 100% — no matter what I do — supports me. And that’s tough to do when you’re playing both roles. Now that I’m older, I apologize to him all the time for everything that he was so patient with.

Now that you’ve grown up, what advice do you live by?

Always remain true to yourself, regardless of your surroundings. I think it’s always important to stay who you are, because that’s you and that’s what you should be sharing with everybody — not what you think everybody else wants you to be.

What’s a good way you start every day?

Every morning when I wake up — before massive amounts of coffee — I splash my face with water and I look in the mirror. I don’t say anything. It’s not like I’m doing any type of affirmation or anything like that. It’s one of those things where it’s just like: “Hey, you’re here. Be thankful.”

Beauty Tips for Your 40s And Beyond