Home Blog NEWS Inside Our Initiative To Support Girls’ Education 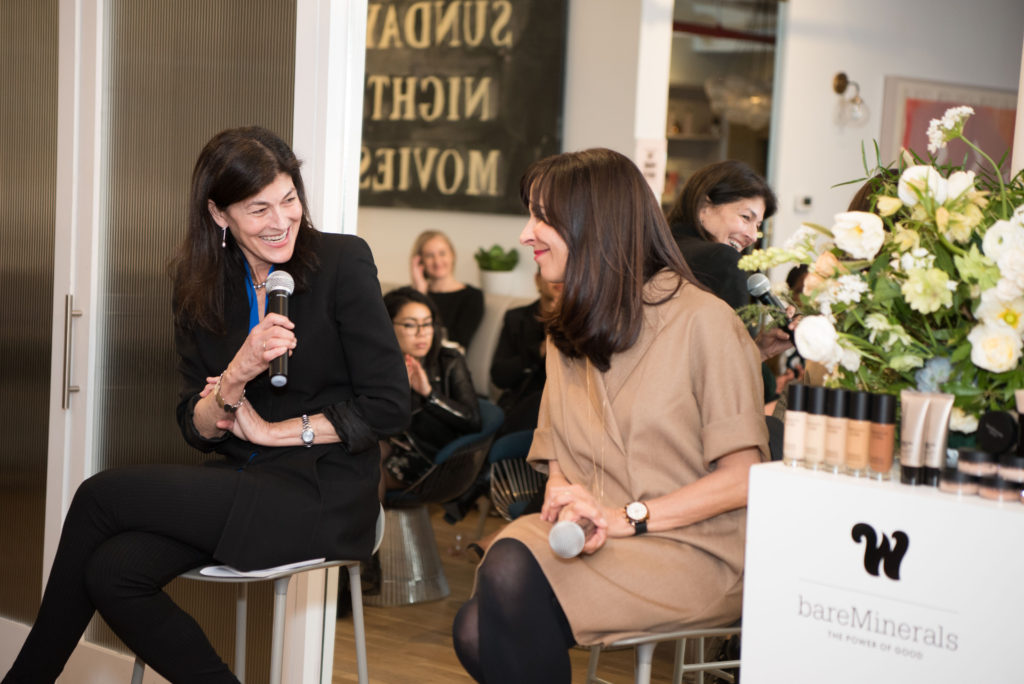 Education is far from a given in many places around the world — especially for girls. In fact, according to UNESCO, around 16 million girls worldwide will never learn to read or write in primary school. To help change statistics, bareMinerals has launched The Power of Good Fund by bareMinerals, which will help support three organizations — Girl Rising, Step Up and Grameen America — that are committed to leveling the playing field when it comes to women’s education, mentorship and entrepreneurialism.

To celebrate the launch of our new philanthropic endeavor, bareMinerals and Girl Rising, a non-profit which focuses on changing how girls are valued and educated around the world, hosted an intimate evening at The Wing in NYC, which brought women together to talk about the need for universal education, namely when it comes to underserved young women.

Surrounded by cozy pink couches, flickering tea-light candles, and rainbow-colored bookshelves, Jill Scalamandre, President of bareMinerals, announced the official launch of the fund to a crowd of influencers and Wing members — and introduced her co-host, Kayce Freed Jennings, Senior Producer of Girl Rising.

“We’re celebrating a big moment in the brand’s history,” Jill explained, speaking to the fund as a way for the brand to “help unleash the potential in young women.” The initiative pledges 1% of sales from our boutiques and bareMinerals.com in 2019 to Hopewell Fund*, benefiting the three charities. “If you elevate, invest, and educate young women, you can change the world,” she added.

Next came a screening of clips from the original Girl Rising film along with their newest film, Brave Girl Rising, a powerful documentary looking at the life of a refugee girl named Nasro, which was also written by poet laureate Warsan Shire. “We hope for it to be the first in a series of films to come out in the next few years,” Kayce explained, before dimming the lights to preview the film.

Following the screening, Scalamandre and Freed Jennings joined Yari Blanco, Senior Manager of Culture & Diversity at The Wing, for a panel discussion on how all women can take action in their communities and around the world. “Any corporation can address education and empower women,” Jill said. At bareMinerals, this takes the form of The Power of Good Fund by bareMinerals and promoting employee volunteerism, and Scalamandre suggested other corporations and individuals can make change through a variety of ways as well: partnerships, branded products, donations and volunteer work.

To wrap the evening, attendees filled backpacks with school supplies for refugee youth to be donated to the IRC. The Crayola colored pencils, glitter binders and Jansport backpacks may have felt nostalgic for some, but each backpack also represented one small change to the future of a refugee’s academic career.

While we came together to celebrate our new philanthropic partnerships, ultimately the evening was about building communities that feel empowered to shape all of our futures. “We want to change the world,” Kayce said. “We want to help create a fairer world for girls, but also a safer, more prosperous world for all of us.”

*Donations will be made on sales, less any returns or discounts, starting April 1, 2019 through December 31, 2020 and include a minimum contribution of $1,000,000. Hopewell Fund is a 501(c)(3) public charity that specializes in helping donors, social entrepreneurs, and other changemakers launch new, innovative social change projects.

The Best Ways to Celebrate Women This Month (and Beyond)