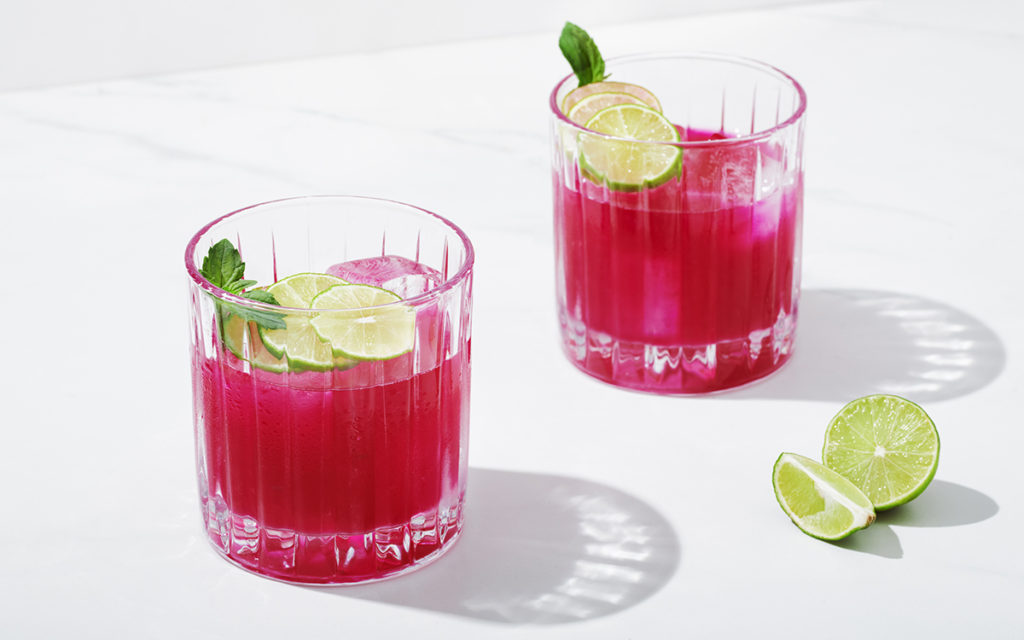 We’ve been thinking about prickly pears a lot lately. The fruit of the beautiful paddle cactus, it’s not something you’d want to pick and rub on your face. But it turns out, the prickly pear skin benefits are plentiful; it’s filled with nourishing and antioxidant benefits that are amazing for even the most sensitive skin, which is why it’s a key ingredient in our PURENESS Skincare Collection. There’s another secret to the prickly pear though: its juice is one of the most vibrant and beautiful ingredients you could imagine. Here, chef Jane Coxwell shares a prickly pear recipe, showing step-by-step how to make it into a refreshing — and stunning — summer cocktail.

Summer in a glass! Prickly pears may seem like a lot of work, but after preparing the first one, you’ll realize that it’s a pretty quick process and well worth the effort – the color of the juice is so beautiful and vibrant.

The taste is mild but similar to watermelon, so it works really well with lime and mint.

The most important thing to remember when prepping a prickly pear is to use gloves and a towel to hold them! The tiny thorns will definitely get into your fingers, no matter how much you wash them.

To make a refreshing non-alcoholic version of this drink, remove the mezcal and add a touch of sparkling water.

Freshen Up: A Chef on How to Store Herbs